Join Us for a 4-Week Minimester!

Now enrolling • Weekdays at 11:00am • Two virtual classes per week

"Our son had such a great time. When it was over he came over to his dad and I and said "I’m so sad that it is over! That was so fun. I wish it were next week already." 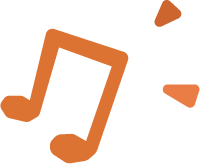 Write an Original Song in 4 Weeks!

Brooklyn Music Factory minimesters are perfect for kids who love songwriting, singing, storytelling and creating with others. Make friends and work on your original song together twice a week.

And NO experience or instruments needed. Everyone is welcome!

“My children absolutely love BMF. The teachers are fun, patient, and are great at engaging with each child at their level. We love that the focus is not just on learning instruments, but actual song writing."

MiniKeys encourages creativity and communication through music. In this semi-private setting, our nurturing and supportive teachers (like Lena!) help kids connect to the musical concepts they're learning through stories and movement, and of course a TON of fun music games!

Class Day/Time: Mondays and Wednesdays at 11:00am (Come to one or both classes!)

MiniKeys Under The Sea: October 19 - November 13

Lena grew up in Columbus, Ohio and has a BM in Vocal Performance and a BME in Music Education from Ohio State University, as well as an MM in Vocal Performance from Brooklyn College. She started playing piano at 9 years old. “ I was obsessed with learning to play! I was always jealous of classmates who could.” 🎹

In addition to her time at BMF where Lena is both a voice and piano teacher, as well as the Director of MiniKeys, she is a working musician on the scene! Her coolest gig? Performing at the Opera House in Oslo, Norway. When not playing music, you can find Lena learning different languages... “I'm a language geek, it's terrible”. When asked about any fun facts she’d like to share, Lena says, “I got to play a man onstage last year. Like a grown man. Not a kid or anything. I'll find a pic. I look exactly like my brothers in it…!”

Most importantly, Lena has some advice for all BMF students: “Don't second-guess yourself, whether it's in your musical interpretation, or playing Wait A Second!” 💕 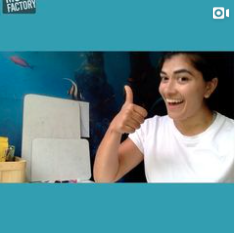 Jam Band 101 is a fun, collaborative class where kids ages 6-8 develop beginning music fluencies by playing games and writing songs together with their band. Jam Band 101 is perfect for total beginners, as well as for kids with 1-2 years of band and/or private lesson experience. This is a great option for kids who are excited to explore many different instruments and enjoy playing games and learning in a group setting.

Class Day/Time: Tuesdays and Thursdays at 11:00am (Come to one or both classes!)

Rock Write Record bands are where kids ages 9 and up come together to write and record songs, collaborate musically, level up musicianship, and learn the skills needed to play in a band. Students develop advanced music fluencies by playing games and writing songs together with their band.

Rock Write Record bands are great for beginners, as well as for kids with 1-2 years of band and/or private lesson experience. Kids in exploration bands are still discovering which instrument they are the most passionate about, and enjoy learning about all of the bandstand instruments through music games, songwriting, and more.

Class Day/Time: Wednesdays and Fridays at 11:00am (Come to one or both classes!)

Jason grew up in Bluefield, Virginia, a small town in the Appalachian Mountains. He attended the University of Virginia and majored in English with a minor in theatre, stating, “I always knew I wanted to teach, and even hoped to be a drama teacher. This is why I love the story and game based curriculum of Brooklyn Music Factory so much!” Jason teaches beginner piano and guitar lessons, and is also our Director of Bands at BMF!

Jason grew up around music. “On weekends we would go to my grandparents house. My Pa-Paw played the banjo, my uncle who played the guitar and sang, and my Ma-Maw and dad would dance on the porch. Getting that regular intimate experience of live music made me always want to learn how to play. Plus I would sing and dance at home and pretend to be Michael Jackson as much as possible.”

Jason’s coolest gig? “Once I visited a Zen monastery in California for a number of weeks.  They decided to hold an informal talent sharing for all the Zen students there, and it just so happened that Joan Baez was there to unwind & relax before heading out on her tour. They asked her if she would perform a few songs in the sharing and she said yes, so they put her right smack dab in the middle of the set of 20 Zen students.  I happened to be #10 on the list so after I played a couple of songs on spoons & harmonica, she went on right after me.  Technically you could say I opened for Joan Baez ;-)”

Most importantly, Jason would like to offer one piece of advice to his students: “Inspiration is precious and shouldn’t be taken for granted. So when you feel excited by something in music - a song, a beat, a chord progression, even a note - follow that and see where it takes you.”

"...I was just having a rough Saturday, but when I stepped into the piano room and started playing music with Nich, all my troubles just melted away, and I didn't feel like having a hard day anymore..." 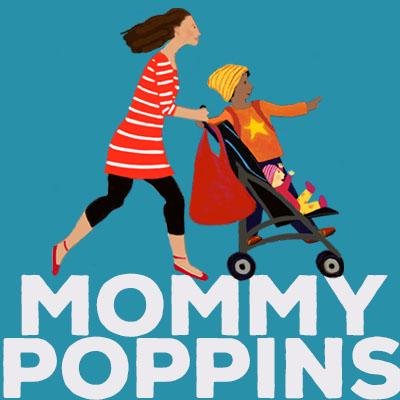